Philip and Ruth Hewetson were the children of William Hewetson, the Rector of Wroxham with Salhouse in Norfolk, and his wife Katherine. Both played active roles in the war: Philip was an army officer, training at Felixstowe, Suffolk, and serving on the Western Front: he was wounded at the Battle of Loos in 1915. He recuperated at Felixstowe and served twice more on the Front, until his capture and death in 1918. Ruth, his younger sister, left Norwich High School in 1918 and worked with a Voluntary Aid Detachment at Fargo Hospital in Wiltshire.

Both wrote detailed letters back to their parents, and this correspondence provides a uniquely vivid picture of what it was actually like to be directly involved in the First World War. 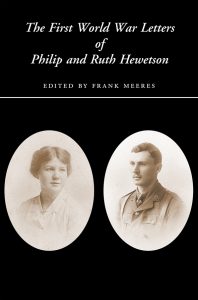